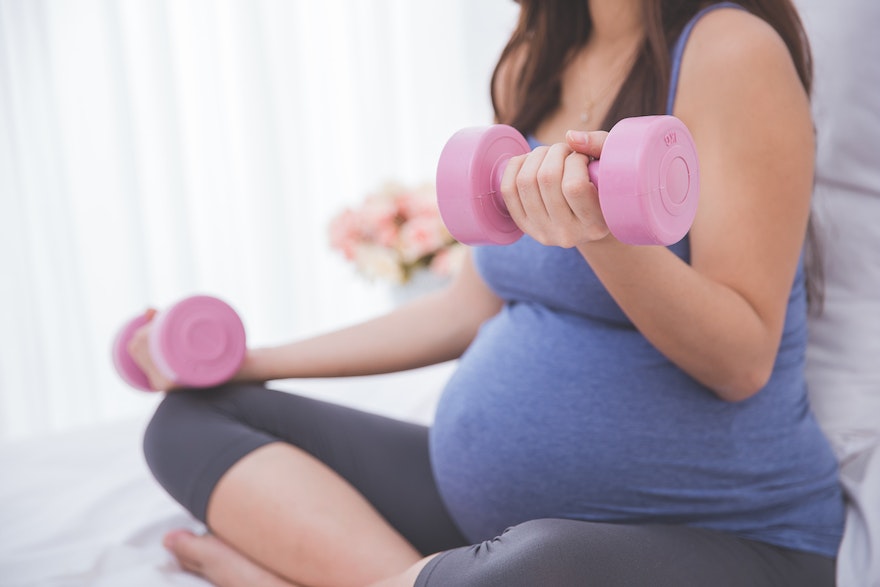 A First-time Mother's Guide to Exercise

What are some tips for safely exercising during pregnancy? The following are some tips for safely exercising during pregnancy. 1. Proper prenatal care with your doctor is essential. 2. Seek the opinion of your doctor before beginning any exercise regimen. 3. Listen to your body; if an exercise hurts, stop immediately. 4. Avoid exercises that require lying on the back after the fourth month of pregnancy due to potential problems with labor and delivery. 5. Avoid high-impact activities like running, soccer, football, or volleyball. Swimming, walking, and light aerobics are good alternatives during pregnancy. Exercise in early pregnancy is thought to be safe in most cases when done within common sense limits for all pregnant women. Exercising during later stages of pregnancy may also be safe in some

What Should a Pregnancy Exercise Program Consist Of?

In pregnancy, as a woman's body changes and as baby grows, new needs for nutrition and activity often arise. Throughout pregnancy, it is recommended that a pregnant woman maintain a moderate exercise program of low-impact aerobic exercise 30 minutes per day on 5-6 days per week. For some women, the demands of a healthy pregnancy may not be enough to meet physical activity recommendations. In that case, additional activity is necessary to offset the energy demands of the growing baby and supporting maternal tissues. Prenatal Exercise Classes The American College of Obstetricians and Gynecologists (ACOG) supports the use of prenatal exercise classes during pregnancy for those mothers who find it difficult to fit in 30 minutes or more of aerobic exercise on

Recent studies have shown that a mother's exercise habits during pregnancy can have a lasting effect on the baby, according to dietician Deborah Lewis. She says that an increase in physical activity during pregnancy has been linked to higher birth weight and improved fitness after birth, which can set a child up for success later in life. Exercise has also been shown to reduce pregnancy-related back pain and risk of gestational diabetes, so it's wise for pregnant women to maintain an active lifestyle throughout their pregnancy. In addition, this time spent exercising will likely be one of the few chances for mothers-to-be to get out from behind their desk or from being tied down with household chores. So what are you waiting for?